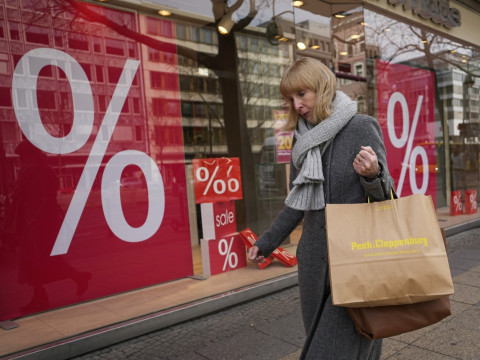 Consumer price growth in the 19 countries that use the euro has raced to 10.7% in October from 9.9% in September. This latest data is putting pressure on the European Central Bank (ECB) to act more aggressively to tackle inflation.
A key inflationary measure that excludes unprocessed food and energy accelerated to 6.4% from 6%. The ECB’s stated goal of keeping inflation at below 2% on a sustainable basis is currently a long way off.
Results of the ECB policy meeting last Thursday had pushed investors to bet on a slower pace of rate hikes, but policymaker comments since the meeting and elevated price pressures suggest the central bank remains in tightening mode.
Money markets are pricing in a 50-basis point rate hike at the December meeting, with about 140 basis points of further tightening expected for the remainder of this contractionary cycle.
What does this mean for me?
Eurozone government bond yields responded by rising further after it was revealed that consumer prices climbed at a record pace in October. Italy’s 10-year government bond yield climbed nine basis points to 4.24%.
In the last few weeks, a raft of central banks, including the US Federal Reserve, the Bank of Canada, and the Reserve Bank of Australia, have all increased their interest rates in the continued fight against high inflation. For most of this year, the ECB has been slow to increase its interest rates. However, the latest inflation readings could put it under pressure to change.