Blockchain-based venture capital transactions continued to surge in 2021, with Miami emerging as the surprise epicenter of this growth.

Investment in this overall sector rose by an impressive 2,061% in 2021, according to an analysis of tens of thousands of start-ups across the US, carried out by VC firm Telstra Ventures.

Crypto is on its way to becoming mainstream, despite the challenges of Bitcoin, the world’s largest cryptocurrency, which has fallen in value this year.

Despite other tech hubs, like San Francisco and Los Angeles, holding pre-eminence in the blockchain world, Miami has surged in growth to become a recent challenger. Washington D.C. receives honorable mention for registering 476% of growth over the prior year. Other notable hubs of growth were Atlanta with 368% growth and Austin with 260% growth.

Miami’s mayor, Francis Suarez, is a vocal advocate of digital currencies. He collects 100% of his salary in Bitcoin as part of a multi-pronged effort to raise awareness for cryptocurrencies. He has even tried to get other government employees to be paid in Bitcoin.

As a crypto trader, you may have been disheartened by Bitcoin’s price slump this year, coupled with discouraging proposed legislation from Russia, India and China that threaten the viability of crypto in those countries.

However, this is clearly not stopping blockchain-based growth at grass roots levels, especially in the US. Indeed, many crypto market participants are undeterred by short-term price valleys as they remain convinced that crypto will inevitably become mainstream. This and other information could be useful as you assess your crypto portfolio.

India to Launch Own Digital Currency

India is working on developing a digital version of the rupee. It becomes the latest nation to join the push to create a state-backed virtual currency... 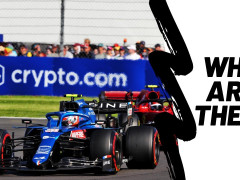 Despite the price of Bitcoin and Ethereum taking a major drop in recent times, the Formula One (F1) racing industry cannot get enough of crypto. Ei...