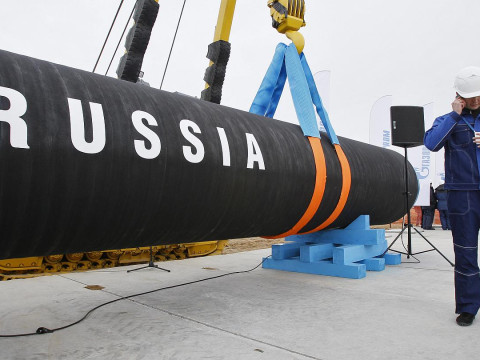 The European Commission has proposed a sixth round of sanctions against Russia over its attack on Ukraine. The new restrictions include a plan to phase out all crude and oil products by the end of the year.

Sanctions have so far not affected Russia's natural gas exports, which generate about $80 billion in tax revenues for Moscow every year. Abandoning Russian natural gas would be a big risk for Europe, which gets 45% of its supplies of this crucial energy source from the Putin regime.

Not all European countries can easily reduce their dependence on Russian gas, not least of all Germany, the continent’s largest economy, which relies on Russia for 46% of its natural gas. However, Europe is trying to reduce consumption by 66% by the end of this year, in an attempt to cut its dependence completely by 2027.

Europe is quickly diversifying its energy sources in a bid to avert disaster. Imports of liquified natural gas hit a five-year high in April, and gas flows from Norway are up 17%.

The high price of oil and natural gas is directly linked to volatility in supply that is being caused by Russia’s aggression toward Ukraine. High energy prices are, in turn, feeding high consumer prices that are exacerbated by soaring inflation in key global markets.

As a diversified trader, you should pay close attention to how Europe, in particular, deals with the tricky situation of Russian energy, as this will have far-reaching consequences on many of your assets.