Western countries are tapping more of their emergency oil reserves to help wean themselves off Russian crude.

The International Energy Agency (IEA) said this week it would supply the oil market with 60 million additional barrels of crude from its emergency stores. The news sent oil prices down more than 5%. US oil fell to $96 a barrel, and Brent crude, the global benchmark, fell to $101 a barrel. The 60 million barrels will come on top of the record 180 million barrels of oil US President Joe Biden announced Thursday that Washington would release from its Strategic Petroleum Reserve.

While the US and the UK have notably banned imports of Russian oil, the rest of Europe cannot easily reduce its dependence on energy imports from that country.

Russia supplies about 40% of the EU's imports of natural gas, and about 27% and 46% of its imported oil and coal, respectively.

EU leaders have said they cannot yet join in banning Russian oil because of the impact that would have on households and industries already grappling with record high prices.

News of this release by the IEA has the twin effect of chipping away at Russia’s ability to generate cash from oil sales, but also keeps the global oil price in check and staves off a recession from high oil prices.

As a commodities investor, you should know that energy-based commodities are set for a rough ride as long as the Russian invasion of Ukraine continues. 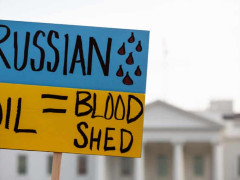 Stocks Fall After the US and Allies Cons...

Stocks around the world tumbled as the US and its allies mulled over banning Russian oil, a last-ditch move that could have devastating effects on the... 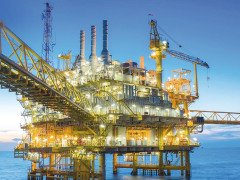 US consumers struggling under the twin challenges of high inflation and elevated consumer prices are finally seeing some relief as the price of oil an... 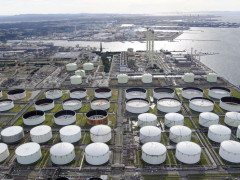 Japan belatedly joined several major nations in selling oil from its strategic reserves in an attempt to fight rising prices. The unprecedented mul...