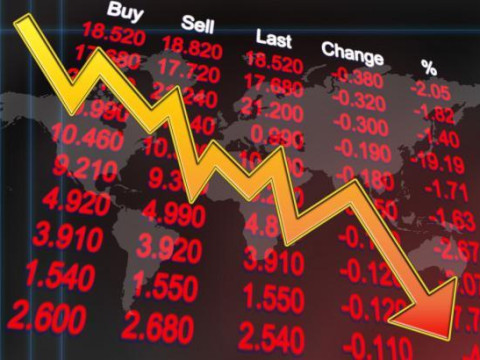 The S&P 500 and the Nasdaq both entered the red in the last week as concerns that aggressive moves to control decades-high inflation might send the US economy into a recession.

All three major US stock indexes have lost significant ground this year, with the Nasdaq in particular shedding some 24% of its value since January.

Analysts are pointing out that one of the main catalysts for investors adopting dovish positions is the US Fed’s process of hiking interest rates, which has influenced prices across capital markets.

Already, macroeconomic deterioration has been evident in the last fortnight, with companies releasing weak earnings reports, especially in the key retail sector.

The technology sector has not fared much better, with Meta, Alphabet, Twitter and Pinterest all down between 5% and 24% in last week’s trading.

Global economies can no longer shrug off the significant supply-chain disruptions emanating from China and exacerbated by Russia's war with Ukraine.

Signs of a bear market are becoming increasingly common, with the underperformance of the major US stock exchanges a sobering recent sign. For the diversified investor, the warning signs of an economic downturn are stark and should provide you with enough information to act. For example, as a stock trader, you could short your tech and retail shares before the bleeding continues, or if you stay in it for the long term, choosing to wait out the choppy waters in anticipation of an upswing later in the year.