The British Pound Plunges to Record Low Against Dollar 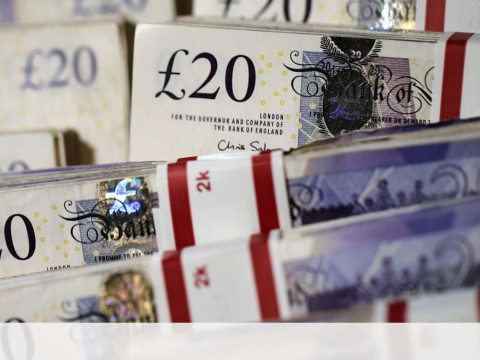 The British pound crashed to a new record low against the US dollar of $1.035 on Monday, freefalling more than 4%. The previous record low for the British pound against the US dollar was 37 years ago, when one pound was worth $1.054.
The fall came during Monday’s early Asian and Australian trading, extending a 2.6% nosedive from Friday. The latest fall has led to grim predictions that the pound could plunge to parity with the US dollar in the coming months.
The unprecedented currency slump follows British Chancellor of the Exchequer Kwasi Kwarteng’s announcement that the UK would drive the largest tax cuts in half a century at the same time as boosting spending.
The new tax-cutting fiscal measures, which include shelving plans for lifting corporation tax and doing away with the cap on bankers’ bonuses, have been criticized as “trickle-down economics” by the opposition Labour party and even members of the Chancellor’s own Conservative party.
What does this mean for me?
The pound has been struck by a string of weak economic data, and also the steep climb of the US dollar, a safe-haven investment that receives major inflows in times of uncertainty.
The weak economic outlook in the UK means the pound is suffering more than its European neighbors in the face of a disastrous energy crunch that has households and businesses worried and the highest inflation among G7 nations.