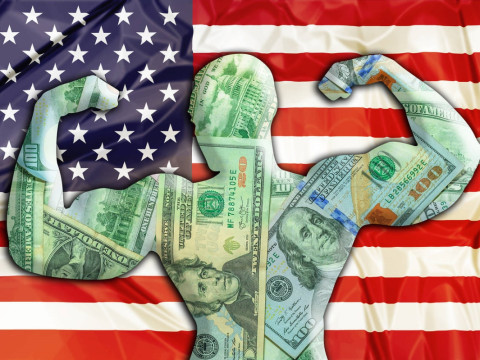 A powerful US dollar is making currencies around the world weaker and contributing to soaring prices of basic goods and services. The dollar has gained 18% this year, and in September hit a 20-year high, according to the benchmark US Dollar Index that measures the dollar against a basket of key currencies.
To combat skyrocketing US inflation, the Federal Reserve has raised its benchmark short-term interest rate five times this year alone and has already said more hikes are likely. That has led to higher rates on US government and corporate bonds, attracting investors and strengthening the US currency.
Rich countries have been affected by the strong dollar. One euro is now worth less than $1 for the first time in two decades, and the British pound has plunged 18% from a year ago. Unsurprisingly, poor countries are also feeling the effects of a strong dollar. The Indian rupee has dropped nearly 10% this year, the Egyptian pound 20%, and the Turkish lira 28%.
What does this mean for me?
Normally, countries get some benefit from falling currencies because their exports become cheaper and more competitive overseas. However, muted global growth is stopping this benefit.
A rising dollar makes countries’ imports more expensive, adding to inflationary pressures. A strong dollar also negatively affects governments and companies that borrowed in dollars because they need more local currency to make loan payments.
The trouble does not end there. A strong dollar forces central banks to raise interest rates to try and energize their currencies so money does not leave their borders. However, higher interest rates weaken economic growth by choking off aggregate demand.