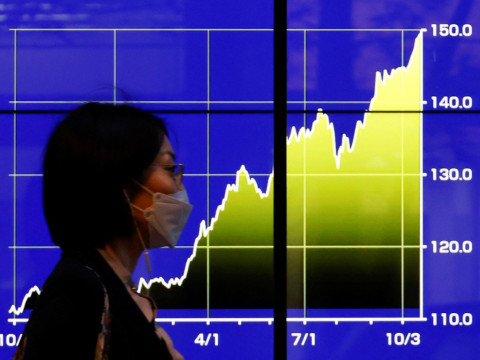 The Japanese government spent a record $43 billion supporting the yen in October. Finance Minister Shunichi Suzuki said the interventions were designed to be stealthy, in an attempt to maximize their effects.
The Japanese finance ministry and central bank officials could not be drawn out as to exactly when they intervened in the market or what they did. These details will only become clear when quarterly intervention data is published in a few days.
A sharp fall in the yen, to a 32-year low of 151.94 to the dollar in late October, may have triggered the intervention. In September, when Japan conducted its first yen-buying intervention since 1998, authorities immediately confirmed they had intervened.
After sinking $42.7 billion on currency intervention last month to prop up the yen, how much further Japanese policymakers might step in to soften the currency's steep drop is of great interest to investors.
What does this mean for me?
Since October’s intervention, the yen has been operating in a range below the psychologically important threshold of 150 yen against the dollar. On Tuesday, the Japanese currency stood at 148.7 per dollar, not much changed from the previous session.
While the possibility of another round of currency intervention is keeping the yen out of bearish territory for now, investors are steeling themselves for more volatility ahead of a keenly watched US Federal Reserve policy meeting that ends on Wednesday of this week. FOREX traders should be very interested in what the Bank of Japan does next.