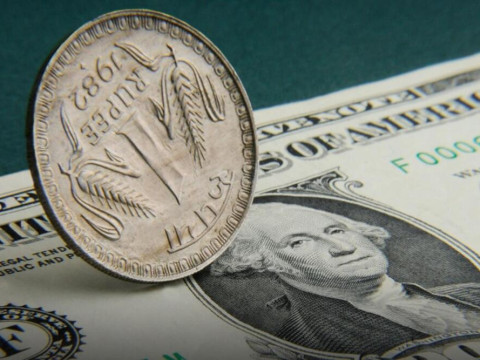 The Indian rupee has fallen more than 7% in 2022, adding to inflationary pressure and destroying margins for importers in this otherwise import-dependent country.

The rupee stands on the threshold of 80 to a US dollar and may soon fall further. Importers are feeling the crunch through a spike in the cost of imported raw materials that has been slightly allayed by the depreciation of China’s currency, a major trading partner.

One US dollar was worth 74.55 rupees the day before Russia invaded Ukraine. Now, the rupee has set a record low of 80.05 twice this week, forcing the Reserve Bank of India to step in to support it.

US dollar scarcity, in the face of aggressive tightening by the US Federal Reserve and risk-averse investor sentiment, has made the dollar stronger, to the detriment of a raft of global currencies.

The war waged by Russia on Ukraine has contributed to capital flight toward safe-haven assets in the US, leading to a fall in such minor currencies as the Indian rupee.

A drop in India’s currency not only pushes up import costs for the country, but feeds into domestic prices through imported inflation.

In India’s case, skyrocketing oil prices and a falling currency are proving a terrible cocktail for the country’s inflation status, with analysts predicting further erosion of the rupee if these conditions persist.