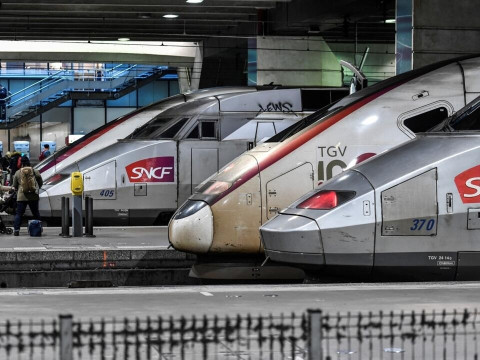 The cost of living in France is becoming unbearable, with electricity bills surging because of a cut in Russian natural gas supplies that has sparked an energy crisis in Europe.
Against this backdrop, tens of thousands of people took to the streets of Paris over the weekend to protest rising prices. In a sign of mounting troubles for the country, some train services have now been canceled as strikes have spread to other sectors.
Only about half the trains on regional and intercity lines were running this week in France. Begun as a refineries-only strike that caused fuel shortages and miles-long lines at gas stations, other French unions are now aired their grievances and banded together to call for a nationwide strike on Tuesday.
Striking workers, who now come from industries as varied as education and the nuclear sector, are demanding higher salaries amid painfully high living costs.
What does this mean for me?
The cost-of-living crunch has started to bite as workers fight for increases that many companies cannot support. Some trade unions in France are seeking 7% wage increases, while others are still holding out for as much as 10%.
With inflation remaining high and uncertainty clouding the energy supply as winter approaches, cost-of-living concerns have caused worrying instability in France. Eurozone leaders are worried that strikes such as these do not spill over into other regional economies.