Ford Slashing 3,000 Jobs as It Shifts to EVs 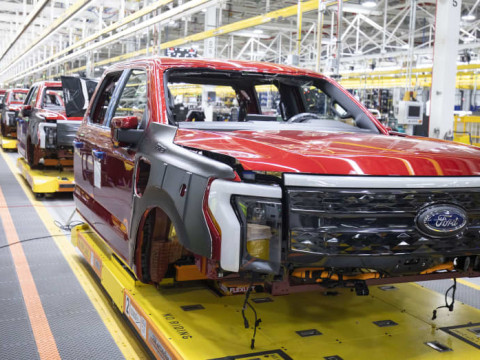 US Carmaker Ford is cutting 3,000 corporate jobs as it prepares to shift from traditional internal combustion engine vehicles to electric vehicles (EV).

Announcing the news, Ford CEO Jim Farley said, “Building this future requires changing and reshaping virtually all aspects of the way we have operated for more than a century."

Admitting that Ford's costs are not competitive with those of other automakers, Farley said the cuts are not simply the standard effort to reduce costs, but an exercise in refocusing the company considering the industry’s move to a greener future.

Ford assembly lines will not be closed as part of the shift to EVs. In fact, Ford is building new EV and battery plants. Fellow automaker GM has already gone down this road, closing several US plants in 2019 to fund its planned shift to EVs.

Ford aims to generate half of its global sales from fully electric vehicles by 2030. However, it is not alone in staff cuts. Tesla has also announced plans to cut about 10% of its salaried staff even as it adds hourly workers to increase production at new factories in Texas and Berlin.

As a diversified investor, these moves are further evidence that the shift away from a fossil-fuel economy is gathering pace. You should continue to watch developments in this space.