Europe Slides Towards Recession as ECB Considers Next Steps 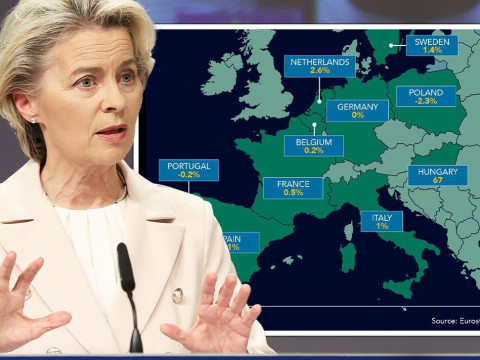 Europe’s economy is facing the strain of energy rationing, record inflation, and tighter monetary policy. With a round of purchasing managers’ indexes slated to arrive this week, analysts expect to see a contraction in private-sector output for a second month, pointing to signs that a recession in the Eurozone is now likely.

Germany, Europe’s largest economy, has been affected badly. Its large industrial base has suffered disproportionately from surging energy costs and a chronic shortage of supplies. Meanwhile, the country cannot rely on the same tourism boom from which countries in the Mediterranean region are benefiting.

When the European Central Bank (ECB) raised rates by half a point in July, it promised that “further normalization” measures would likely be the result of its September meeting.

Several of the world’s top central bankers are attending the Kansas City Fed’s annual Economic Policy Symposium in Jackson Hole, Wyoming. With Eurozone inflation having recently ticked up to just under 9%, it is expected that some central bankers will make their policy positions known at this meeting.
What does this mean for me?

Minutes from the ECB’s July meeting have given strong clues that investors should expect another 50-basis-point rate hike in September. Given widespread inflationary pressures, an increase of this size can be safely factored in.

The ECB is not alone as it plans more hikes. Monetary policy authorities in Israel, Iceland and South Korea are among those expected to hike rates in the coming month.