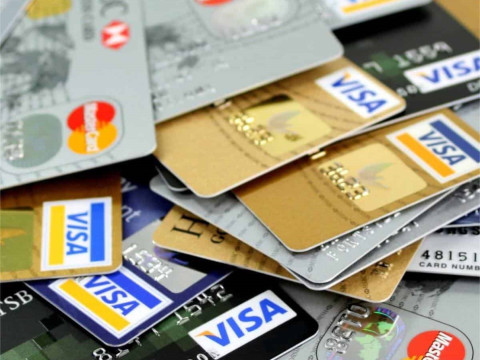 The US Federal Reserve’s battle with out-of-control inflation has pushed up the average credit card APR (annual percentage rate) for Americans to 19.04% as of November 9.
The information comes from bankrate.com and is the highest rate on its database since 1985, beating the prior record of 19% set in July 1991. For the ordinary worker, it is never a great time to carry credit card debt, but right now could be the worst time.
The national average APR for credit cards has jumped by 2.74 percentage points so far this year, the biggest increase in a single year on record.
The jump is the latest proof of how the Fed’s aggressive inflation-fighting campaign is pushing up borrowing costs for the person on the street. Mortgage rates have more than doubled over the past year to two-decade highs, forcing many buyers to reconsider entering the housing market.
The surge comes after credit card balances spiked earlier this year amid high inflation. Analysts predict that consumers will rely heavily on credit cards to buy gifts during the upcoming holiday shopping season.
What does this mean for me?
Despite high inflation, Americans are mostly paying their credit card bills. Personal defaults are very low, in part due to savings many people accumulated during the COVID-19 pandemic.
That could all change if projected mass layoffs related to an economic downturn come true. In the past few days, Meta has revealed it is planning to lay off 11,000 people, while Lyft plans to cut 700 jobs.