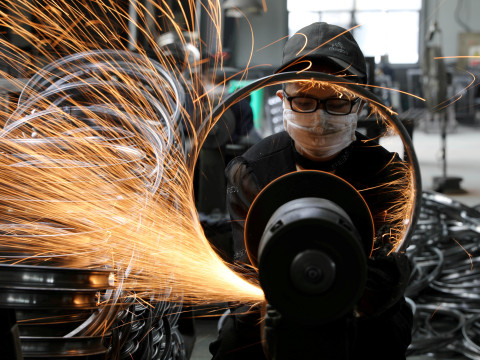 China's central bank cut interest rates this week for the first time since January, as the economy lost steam due to renewed COVID-19 lockdowns and a brewing property crisis.
The People's Bank of China reduced the main rate at which it lends to banks from 2.1% to 2%. The central bank also reduced the rate of its one-year lending facility from 2.85% to 2.75%.
China’s economy has slowed worryingly, with a marked reduction in credit growth, which has been less responsive to policy easing than hoped. Chinese stock markets dropped, with Hong Kong's Hang Seng Index down 0.7% and the Shanghai Composite lower by 0.6%.
To compound matters, other economic data was just as concerning. July retail sales grew 2.7% from last year, slowing from June's 3.1% mark. Industrial production increased by 3.8%, down from the 3.9% growth in June.
What does this mean for me?
The rate cut surprised investors. The central bank was previously unwilling to lower rates further given concerns about the risk of rising debt, consumer inflation, and pressure on the yuan.
However, the central bank may have been pushed by the stubborn real estate slump. Property investment by developers contracted 6.4% in the first seven months of this year. New home prices in 70 major cities dropped in July for an 11th consecutive month.
Major economies are watching China’s woes with concern. A further slowdown in the world’s second largest economy could have major implications for global trade.