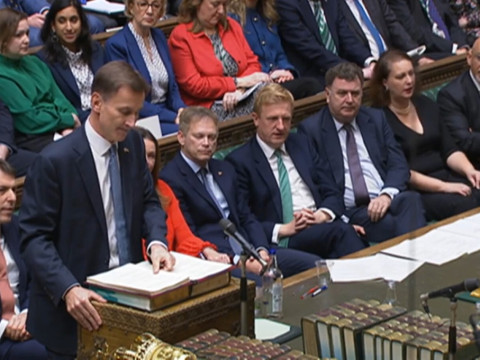 UK finance minister Jeremy Hunt presented his much-awaited budget plan aimed at saving £55 billion. Taxes are set to rise for everybody. The definition of who qualifies as a top earner has been widened to include more taxpayers. It will now take £125,000, down from £150,000, to compel earners to cough up 45% in tax.
The UK has already entered a recession and is struggling with inflation not seen this high in decades. Already facing depleted standards of living, Britons must now contend with higher taxes and cuts to public services.
The move is a significant departure from ill-fated former Prime Minister Liz Truss’ economic plan that sought to slash taxes and go on an unfunded borrowing spree in search of growth. The markets revolted against the cavalier approach, dooming Truss to a premiership that lasted a mere 45 days.
The harsh austerity of the new plan emphasizes the extent to which a fluid economic landscape is forcing governments to adapt, as well as the need for political leaders and central banks to work more closely in these troubled times.
What does this mean for me?
During the pandemic years, interest rates were low and borrowing was cheap. With central banks aggressively hiking borrowing costs to bring down inflation, countries like Britain must manage their debts better, even as a recession looms.
The UK’s Office for Budget Responsibility has projected that the economy will shrink by just over 2% in 2023 and will not return to its pre-COVID levels until the end of 2024.