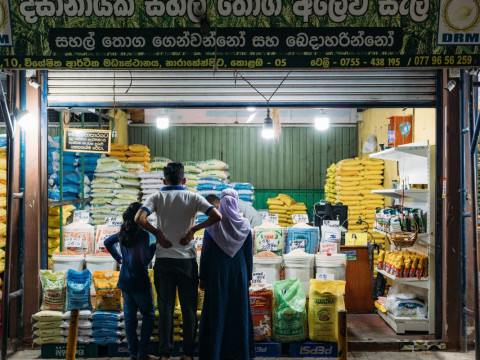 Sri Lanka’s National Consumer Price Index soared to a new high of 74% in September from a year earlier, up from 70% in August, the country’s statistics office said.
Annual food price inflation increased to 86% from 84% in August while prices of non-food items rose 63%. Sri Lanka’s Central Bank predicted last week that inflation in the country is peaking, with targeted interest rate hikes likely to ease price levels this month.
The island nation is facing a months-old economic crisis that has left it struggling to pay for essential imports, including food, fuel and medicine.
The higher-than-expected inflation numbers are unlikely to push the central bank to increase rates further than they already have until the economy cools. Offering reasons for the inflation increase, analysts point to August tariff increases for power, water and telecommunications as the culprits.
What does this mean for me?
An acute dollar shortage, caused by economic mismanagement and the impact of the COVID-19 pandemic, has left Sri Lanka in national turmoil as it battles to pay for basic goods. The country has announced plans to hike taxes in its 2023 budget to reduce the deficit .
In September, the country reached a preliminary deal with the IMF for a loan of about $2.9 billion, dependent on Sri Lanka receiving financing assurances from creditors. A new political leadership in the island nation is working in concert with policymakers to stabilize the economy and the national currency.