Altcoins fared no better, as investor sentiment turned sour after Bitcoin’s tumble. Popular altcoins, like Cardano, Solana, Dogecoin and Polkadot, all recorded dips between 7% and 10%.

Stablecoins, assets meant to be pegged to the value of major fiat currencies, like the US dollar, have also performed badly. The top four stablecoins saw exchange net outflows last week that were almost five times larger than the previous week.

The total market capitalization of cryptocurrencies was around $880 billion over the weekend, marking a staggering fall from roughly $3 trillion in November.

Global economic uncertainty, combined with spectacular failures in the crypto market, have caused prices to fall at a rate that has shocked many market watchers.

Investors are taking defensive positions and moving their money to assets with more defined pathways to profitability. However, historical data shows that even at the $20,000 level,  Bitcoin may find support around that mark, as previous selloffs show where the asset usually stops falling. Some analysts are saying today’s price of $20,000 could be the new $5,000 in 2018-19 or $300 in 2014-15. 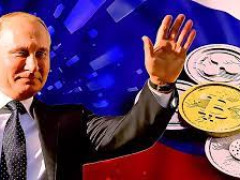 The full force of the West’s economic sanctions did not appear to dissuade Russian President Vladimir Putin from launching a large-scale invasio... 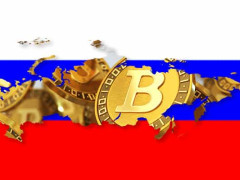 Russia's central bank has proposed a ban on the use and mining of cryptocurrencies on its soil. Citing the speculative demand that drives much of... 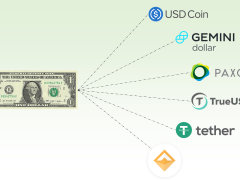 Tether, the world’s biggest stablecoin that pegs its value one-to-one with the US dollar, is losing value and can no longer maintain its equal p...